Would you be informed about all events in ATAFinance?
You do not have time to keep track of our site?

The lower chamber of the Polish Parliament received a proposal of the Act on Ratification of the Multilateral Convention to Implement Tax Treaty Related Measures to Prevent Base Erosion and Profit Shifting (the so called MLI Convention). The Convention signed by Poland on 7 June 2017, as we have already informed in our Newsletter, is to allow the automatic modification of the existing agreements on the avoidance of double taxation between countries, with due regard of the provisions of BESP measures.

The proposal was sent for the first reading in the Public Finance and Foreign Affairs Committees. If Poland (and four other signatories of MLI) manage to complete their legislation procedures by the end of September 2017 and submit the instrument of ratification, acceptance or approval with the so called Depositary within that deadline, MLI Convention will enter into force already on 1 January 2018.

What is important, a given tax agreement will be covered by MLI only if notifications are made by both countries which are parties to the agreement. Agreements which have not been notified or which have been notified by one party only will not be covered by MLI and will be effective in their wording applicable to date. The parties may choose the scope of MLI rules that they want to apply to concluded DTTs (it does not apply to rules covered by the so called Minimum standard, which must be adopted mandatorily). Modification of a specific DTT provision or adding a new rule to DTT will require both parties to the agreement to express their will to do so.

Agreements indicated by Poland to be covered by MLI

At the time of signing the Convention, Poland reported 78 agreements on the avoidance of double taxation to be covered by the provisions of MLI. However, they do not include agreements concluded with major business partners, like e.g. Germany. Agreements reported by Poland apply to the following countries: 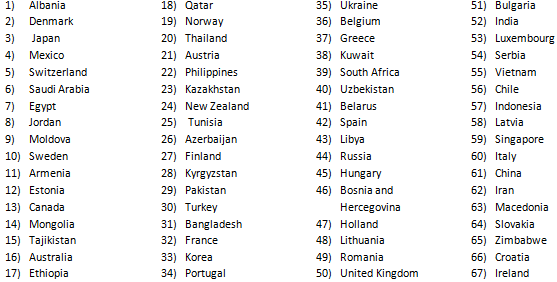 Poland, similarly like every other MLI signatory country, may at any time extend the list of reported agreements to include other countries. The parties have similar rights also with respect to positions  adopted to individual provisions of MLI and submitted reservations.

MLI rules rejected by Poland in their entirety

At the time of signing MLI Poland made a reservation that in the case of agreements signed by Poland (and reported in accordance with the above list to be covered by the Convention), it will not apply at all the MLI provisions about permanent establishment referred to in:

Poland’s position about other issues

MLI Convention includes the rules regarding a number of issues, including among others hybrid instruments and entities.

Other issues regulated by MLI:

MLI regulates the issue of dual tax residency – if a person other than an individual may be treated under DTT as a tax resident of more than one country, the parties to the agreement should determine by mutual agreement of which country such person is a resident. In particular, the following factors should be taken into account: its place of effective management, the place where it is incorporated. In the absence of such agreement between the parties, such person shall not be entitled to any benefits available under a given DTT. Poland expressed a will to use the procedure of mutual agreement with respect to all 78 DTTs. Until now the agreements stated that in the case of such persons it is assumed that they are resident in a country where their place of effective management is located.

Methods of elimination of double taxation

MLI allows the countries to change the exemption method into the credit method. Having regard to draft forms submitted by other countries which signed the Convention and Poland’s position, Option C chosen by Poland will apply to DTTs concluded with 19 countries (e.g. Austria, Belgium, Lithuania, Portugal, Romania, Slovakia, United Kingdom or Italy). Consequently, in DTTs indicated above, the method of eliminating double taxation applied by Poland will be changed into the proportional credit method.

Poland noted that in the transitional period it wants to apply the PPT method, ultimately, however, it would like to implement the Complex LOB rule to DTTs covered by MLI (by way of bilateral agreements).

MLI Convention introduces the condition of holding shares for 365 days for exempting the payment of dividend from tax. Poland reserved that it would not apply this provision in relation to those DTTs where the condition of the minimum holding period is already in place (vide: DTT with Belgium, United Kingdom, Luxembourg).

To sum up, because of a very wide scope of topics covered by MLI Convention and complicated way of its application, we recommend, especially to entities operating within international structures, checking to what extent the introduced changes may affect the business model used to date so as to prepare oneself properly to the implemented changes.

Previous article
Scroll up
Next article